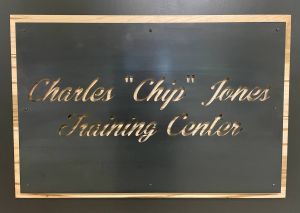 Final New York State Budget Statement Albany Chooses Special Interest Groups Over Majority of NY Construction Workers A Statement from ABC Empire State Chapter President, Brian Sampson “The ABC Empire State Chapter has been advocating for open shop construction companies and their workers for over 50 years and this is the most challenging state budget…

ALBANY, N.Y., Feb. 7 – The not seasonally adjusted construction unemployment rate for New York state plunged 6.4% in December 2021 from a year ago, down from 15.9 percent to 9.5 percent. In comparison, the national rate dropped to 5 percent, down 4.6 percent from where it was a year ago according to a state-by-state…

“Make no mistake: the PRO Act is a wolf in sheep’s clothing, and the American public deserves to know that it is nothing more than an attempt to strip workers of their privacy, freedom and choice.

The point here is this: The PRO Act is not for workers, as Congress claims, Katko made a bad vote, and our membership knows it. As they say, “the devil is in the details” and Congressman, it doesn’t seem like you looked through the fine print.

The new Bronson prevailing wage bill is another sad attempt by the people we elect to do nothing more than appease the unions at the expense of the taxpayers.

A lack of public hearings on the issue and the rush to get the bill passed by the end of session also means that final details of the bill will be determined behind closed doors, according to Brian Sampson, president of Empire Chapter of the Associated Builders and Contractors. “The potential impact of this bill, as drafted, could stop economic development in parts of this state for a long time,” he said. “Why aren’t we talking about this bill more openly, and having more discussions and dialogue about it, instead of wrapping it up with a pretty little bow in the ‘Big Ugly?’”