ABC is The Only Voice For Merit Shop Contractors

Government mandated PLAs encourage discriminatory hiring practices, forcing contractors to hire 80% of their workforce from a union hall. The DOL’s own statistics show that nearly 75% of our construction workforce is open shop, meaning PLAs discriminate against the majority of the construction industry in New York State.

ABC reviewed turnstile data from open shop construction projects across New York City. We found that out of the 14,000 workers on those projects, over 90% of the workers are Black or Latino, living in the five boroughs.This data shows that PLAs on city projects negatively impact a large number of minority workers: the same
economically disadvantaged groups that we should be helping.

The numbers are clear. Discriminatory PLA mandates restrict New Yorkers from benefitting from projects they are more than qualified to work on. For these reasons, ABC opposes government mandated PLAs.

If you catch wind of a possible proposed government-mandated PLA or want to get involved in the fight against PLA’s, please contact us at tschmidt@abcnys.org

New York, on the other hand, forces crane operators wanting to be compliant to hold two certifications: one state and one federal.

The process to become a licensed crane operator in New York is extremely cumbersome. An individual must meet federal requirements by passing an OSHA test, in addition to passing New York’s practical test at one of three facilities operated by the Union of Operating Engineers. This deters people from pursuing this as a career exacerbating the skilled labor crisis.

Albany must fix the crane licensing process by passing legislation to accept a federal OSHA crane certification. The National Commission for the Certification of Crane Operators license is currently accepted in New York City and all surrounding states. Accepting this will create more opportunities for individuals to obtain a license
in New York.

OThe “Scaffold Law” {Labor Law 240}, unchanged since its adoption in the 1800s, holds contractors absolutely liable for any gravity-related accident on the jobsite and eliminates their ability to defend themselves. Combined with legalized marijuana, it has made liability insurance unaffordable for contractors operating in this state.

To offset the added costs, the price of premiums is reflected in contractors’ bids, forcing taxpayers to pay an estimated $785 million per year more. The Scaffold Law is hindering our economic recovery by forcing the cost of construction to continually rise.

The current “absolute liability” standard must be replaced with a “comparative negligence” standard through which liability is apportioned by a jury, in proportion to the actual fault. In doing so, New York can rebuild our dilapidated infrastructure without
gouging its taxpayers.

Annualization reform would allow contractors to provide, and employees to receive, benefits, without penalty

Under the current model, the New York State Department of Labor’s calculations annualize both private and public benefits by the same method. This practice results in outrageous costs to contractors already providing benefits to their workers.

Due to this, many contractors are moving away from traditional benefits packages and, instead, are offering the benefits as a cash supplement in their employee’s paychecks.

This growing practice eliminates the double payment as previously offered benefits by contractors. However, it subjects the employee to higher taxes and the employer to more payments in payroll taxes and other burdens while leaving employees without essential benefits.

New York must reform the prevailing wage law as it is currently in violation of its own law regarding who can negotiate the wage. The State cannot continue to operate outside of its own laws.

As outlined by the Empire Center’s report, “Prevailing Waste,” New York’s prevailing wage process costs taxpayers billions of dollars each year on public projects. The issue is exacerbated by the 2020 expansion of prevailing wage to jobs historically considered private work.

Albany must repeal the expansion of prevailing wage or make use of a provision in the law that allows for the delay of implementation due to economic hardships. New York cannot afford this expansion due to the effects of the pandemic, supply issues, and skilled labor shortages.

In light of a full repeal, Albany must:

ABC supports New York’s M/WBE program which is essential for the industry, however, comprehensive changes are needed to make this program more effective.

The goals mandated by the 2016 Disparity Study are unattainable in many regions, especially in rural communities. As a result, contractors must obtain waivers, which is a slow and inconsistently applied process.

Creating attainable goals will improve the effectiveness of New York’s M/WBE program. The original M/WBE law has been manipulated by a flawed Disparity Study. A new study must be
conducted to determine the true data on M/WBE companies. The law must also be amended to require project-specific goal analysis be made available to bidders, pre-bid, ensuring that project goals are set according to law and will protect both M/WBE and non-M/WBE firms.

The PRO Act (H.R. 842 and S. 420) attempts to increase union density and union leverage without regard for the negative impacts it would have on workers, businesses, and the economy.

Reminiscent of the Employee Free Choice Act, this bill will strip away workers’ free choice in union elections, as well as their privacy rights by forcing employers to share their employees’ personal information – including home addresses, shift schedules, and personal contact information – with unions. It will also codify the National Labor Relations Board’s controversial joint-employer standard that has threatened our country’s small, local businesses and limit opportunities for people to work independently through gig economy platforms, such as Uber and Lyft or more traditional independent contractor roles.

A PLA is a project-specific collective bargaining agreement with multiple unions that is unique to the construction industry. The National Labor Relations Act permits construction employers to execute a PLA voluntarily, but when a PLA is mandated by a government agency, construction contracts can be awarded only to contractors and subcontractors that agree to the terms and conditions of the PLA.

Typically, PLAs force contractors to recognize unions as the representatives of their employees on a job; use the union hiring hall to obtain workers; hire apprentices exclusively through union apprenticeship programs; pay fringe benefits into union- managed benefits and multi-employer pension programs; and obey the unions’ restrictive and inefficient work rules and job classifications. PLAs force employees to pay union dues, accept unwanted union representation, and forfeit benefits earned during the life of a PLA project unless they join a union and become vested in union benefit plans.

The Obama administration also repealed former President George W. Bush’s Executive Orders 13202 and 13208, which maintained government neutrality in federal contracting from 2001 to 2009 by prohibiting the government from requiring contractors to adhere to a government-mandated PLA as a condition of winning federal or federally assisted construction contracts.

In response to the threat of Obama administration PLA requirements, 24 states have enacted legislation or executive orders restricting PLA requirements and preferences on state and local projects since 2011. To date, a total of 23 states have measures similar to the Bush orders that guarantee fair and open competition on taxpayer-funded construction projects.

Contracts subject to government-mandated PLAs are special interest carve-outs designed to funnel work to favored unionized contractors and their unionized workforces, which represent just 13.9 percent of the U.S. private construction workforce, according to 2015 Bureau of Labor Statistics data.

The Government Accountability Office (GAO) has repeatedly criticized DOL’s Davis-Bacon wage determination process for its lack of transparency in how the published wage rates are set, as well as its tendency to gather erroneous data through unscientific wage surveys. DOL’s responses to these and other independent government reports have been dismissive at best, and demonstrate that the agency is incapable of administering and enforcing the Davis-Bacon Act in a fair and responsible manner.

Davis-Bacon also fails to provide equal access to work opportunities because complexities and inefficiencies in the act’s implementation make it nearly impossible for many qualified small merit shop firms to competitively bid on publicly funded projects. These businesses are at an even greater disadvantage due to low net profit margins and high unemployment facing the industry.

DOL’s mishandling of the Davis-Bacon wage determination process is not just bad for construction—it’s bad for taxpayers as well. The Congressional Budget Office has estimated that the Davis-Bacon Act will raise federal construction costs by $13 billion between 2015 and 2023. However, despite repeated criticisms from GAO and DOL’s Office of Inspector General, the agency has implemented few, if any, meaningful reforms in its administration of the act since the early years of the Reagan administration.

The NLRB recently finalized its controversial “ambush” elections rule. The rule significantly changes the union election process by reducing the amount of time between when a union files a representation petition and accelerates an election from a current median of 38 days to as few as 10 to 14 days. The rule also seeks to “streamline” the process by deferring or eliminating long-held employer rights. In addition, the rule requires employers to hand over their employees’ names, home addresses, phone numbers, email addresses, work locations, shifts and job classifications to union organizers.

The NLRB “ambush” elections final rule will work hand-in-glove with the U.S. Department of Labor’s pending “persuader” rule, which ABC also opposes. Together, these two rules could achieve a primary objective of the deceptively named Employee Free Choice Act by forcing labor neutrality on employers.

If left unchecked, NLRB actions will further jeopardize economic recovery and profoundly impact millions of American employers and their employees. It is imperative that Congress works to restore much-needed balance to the workplace. 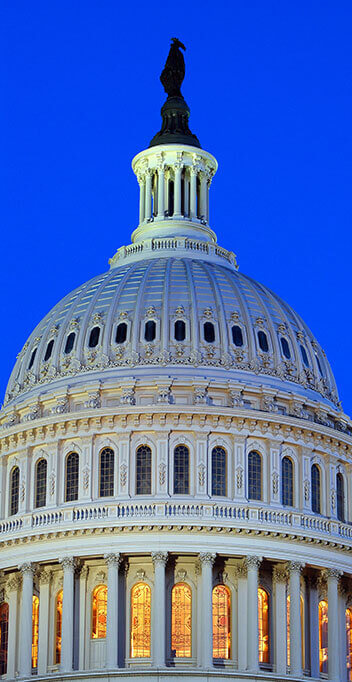 There are many ways for ABC members to get involved in politics. One great way is to participate in our grassroots efforts. You can accomplish this by either going to the apple or google play store and downloading our ABC Action App, or you can view our Action Center webpage that contains our grassroots campaigns by clicking the button below: