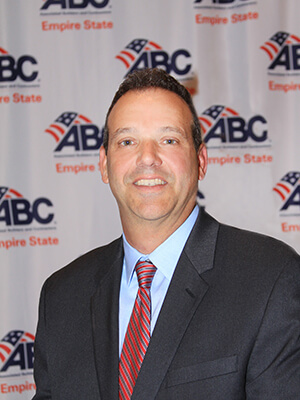 Jeff began his career with ABC, Empire State in 2009 as the Comptroller and Human Resource Manager. In February of 2013, he was named Chief Operating Officer and has also assumed the position of Director of Workforce Development after obtaining the NCCER Master Training certification.

Jeff is very involved in the community and was a founding board member of Westhill Central School District’s first Educational Foundation. He is a graduate of Rochester Institute of Technology where he earned a Bachelor of Science in Accounting and resides in the Syracuse area with his wife and children. 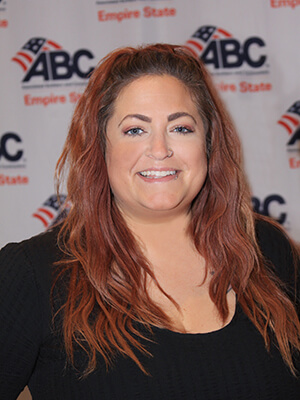 Jamie Campisi serves as our Manager of Craft Training. She is based out of our Rochester Training Center but will be traveling around to all the training centers across the State.

Jamie served as the chapter's Education Coordinator for 4 years before taking over as the Manager of Craft Training.

Prior to joining ABC, Jamie worked for the Greater Rochester Chamber where she worked in the Staffing, Training and Reference Checking departments. She has extensive experience with managing large scale projects that require a great attention to detail and a high level of customer service. 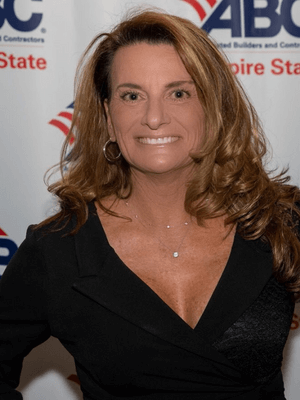 Tracie Cunningham is our controller, she is responsible for all accounting as well as the coordination, completion, and accuracy of the financial records, payroll process and human resource administration. She works out of our Syracuse office.

Prior to joining ABC, Tracie worked as an administrative manager of construction companies for over 20 years as a controller. She also owned a trucking business for many years. 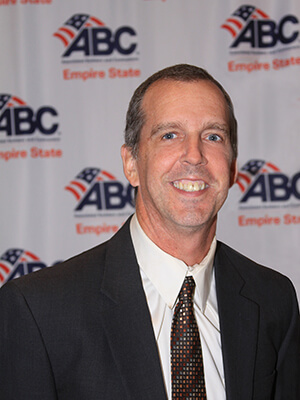 Mike is our Senior Membership Director. In his position, Mike works to take care of the needs of members in his regions, including fulfilling education and training needs and working to provide an environment beneficial to the merit shop philosophy.

Prior to joining ABC, Empire State, Mike worked in membership at the Rochester Business Alliance. He also worked in the beverage industry for a number of years.

Mike holds a Bachelor of Science degree from St. Thomas Aquinas College, where he played collegiate basketball, and resides in Irondequoit, NY. 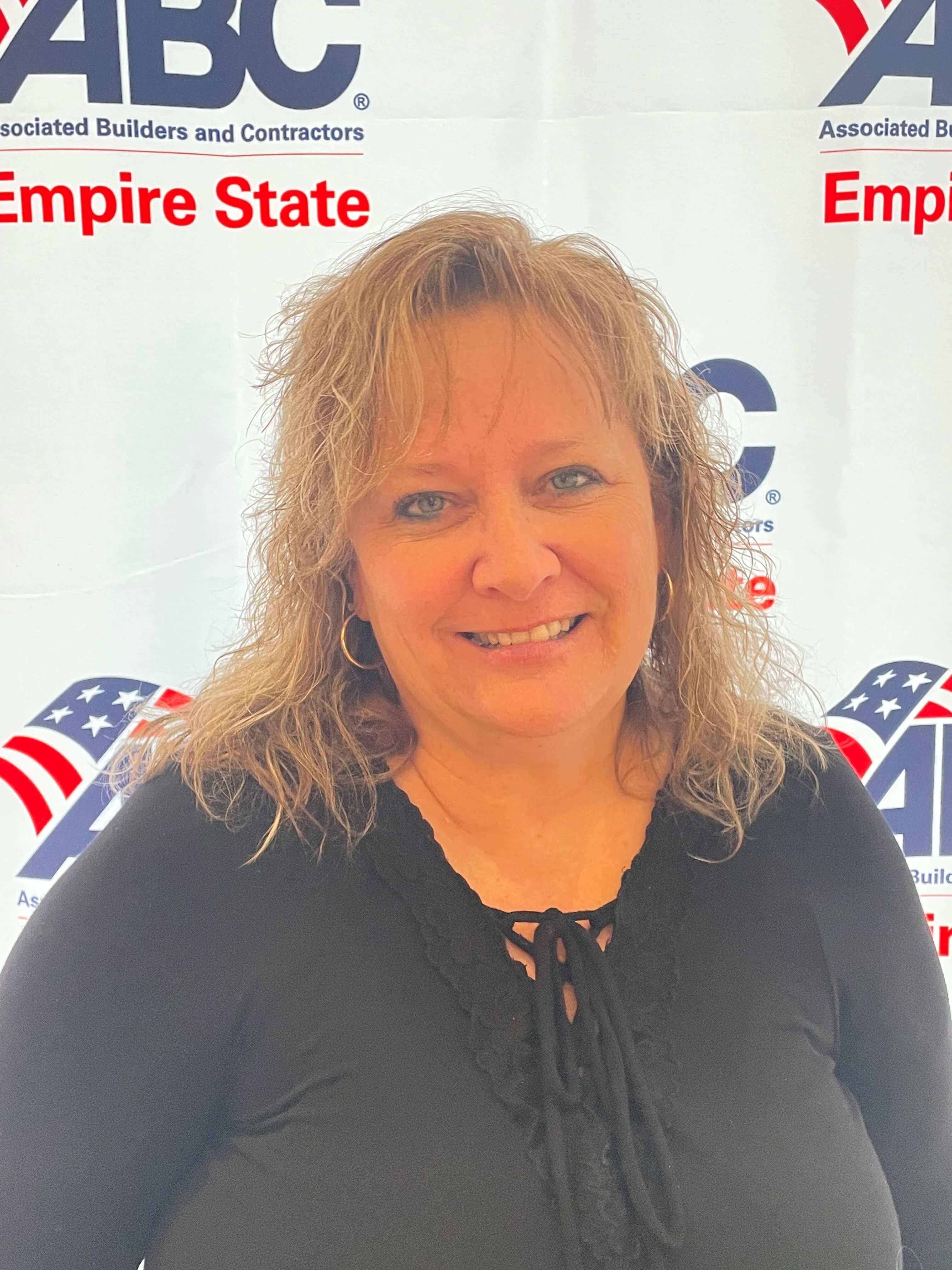 Erin is the immediate contact for communicating and coordinating all Compliance related matters within the Multiple Employer Apprenticeship Program. She also works directly with each student and assigned company staff to maintain the required flow of information and Reporting over the course of the company’s Apprenticeship. 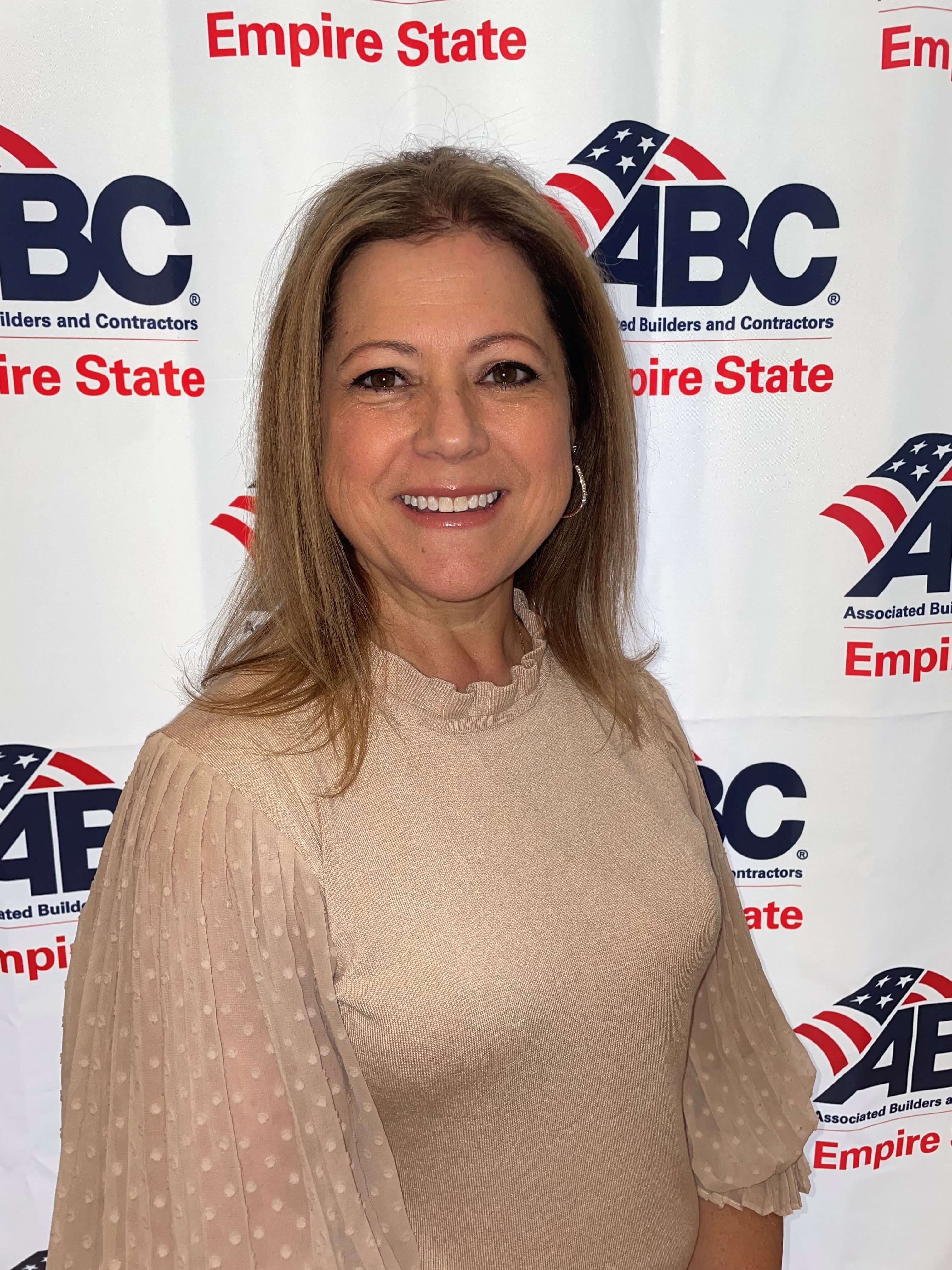 Donna Mcgoey is our Long Island Member Engagement Director. Based in Long Island, Donna will help you maximize your investment in ABC by accessing the products and services we provide.

Donna is a resourceful and flexible manager offering more than 20 years experience across multiple facility, construction management and real estate industries. Donna has a demonstrated history of providing excellent support to clients, while developing relationships based on trust and mutual respect to create a positive experience and outcome. She is highly regarded as a dedicated leader and problem solver for creating client satisfaction and reaching client goals and objectives, as well as for providing both strategic and tactical decision-making that is insightful and astute. Outstanding skills in planning, supervision and leadership to achieve critical timelines, clients’ specifications and company standards within regulatory compliance.
As your primary point of contact on Long Island, Donna will be the key person to keep you linked to the Empire Chapter. It will be her job to help you maximize your investment in ABC by accessing the products and services we provide. 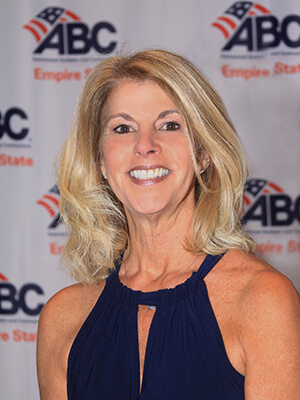 Amy Platenik serves as the Educational Director for the ABC, Empire Chapter. Amy works closely with our members by uncovering & providing them with many training opportunities.  ABC offers a wide range of Programs & Training topics from Safety, Leadership & Craft. Topics can be customized specific for your company.  Amy has been a trusted business partner to all ABC members.

Prior to joining ABC Empire State, Amy worked for ten years at the Rochester Business Alliance as Business development, membership retention and manager for staffing. Amy coordinated educational programs and Custom Trainings for businesses in the Rochester area on the topics of leadership, supervision, customer service and project management. Amy has built long working relationships with many businesses in the Rochester community and is well regarded for her work ethic and professionalism.

Amy studied Business Management at Monroe Community College and is an active member of her community where she volunteers for a number of organizations. 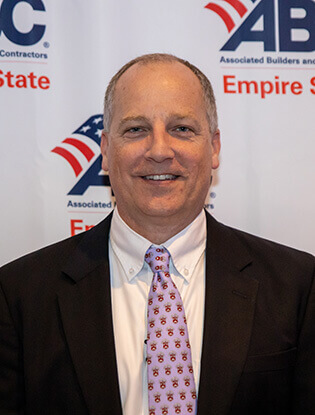 As President of Associated Builders and Contractors, Empire State Chapter, Brian Sampson is responsible for coordinating its political and policy agenda, advocating for reform in state government, and promoting the overall growth of the construction industry on behalf of ABC’s more than 400 construction and contracting firms across New York State.

Prior to joining ABC, Brian served as Unshackle Upstate’s Executive Director for 5 years. While with Unshackle Upstate, Brian pushed for policies to make New York State more business friendly, advocating for less burdensome regulations and lower taxes. Building a strong coalition of partners, he was able to grow the organization significantly, becoming a leading voice on reform at the state level. One of many policy accomplishments that Brian led at Unshackle was the implementation of the property tax cap which limited municipalities to a 2% cap on property taxes.

Earlier in his career, Brian worked with Empire State Development (ESD) as Upstate Director for Business Outreach and served as vice president of the Builders Exchange of Rochester, a 550-plus member association in the construction industry.

Brian has received numerous accolades through his career, including twice being named to City & States Albany Power 100, with the publication citing his media savvy. He was also named to the Chairman’s Committee for the Regional Economic Development Councils by Governor Cuomo, facilitating cooperation among the ten regional councils, and to the Rochester Business Journal’s 40 under 40.

Brian is a graduate of Michigan State University and resides in Irondequoit, NY with his wife and two sons. He serves on a number of volunteer boards, including the Monroe County ARC. 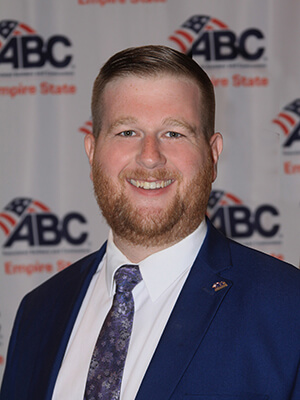 Tanner Schmidt serves as our Public Affairs Manager. He primarily works out of the Buffalo office but travels across the state to assist members and promote the merit shop.

Tanner served as an intern for us back in 2017 where he started as an assistant in both our Government Affairs & Communication Departments. Since then he has been promoted to serve as the chapter's Public Affairs Manager. Tanner has also been asked to be the membership representative in the WNY region.

Over the years, Tanner has gained extensive experience promoting our merit shop legislative agenda and advocating for our members at the local, state and federal levels of government. Tanner graduated from SUNY Brockport with a degree in Political Science and Communications.